We use cookies to help us improve this website. We don't track or gather personal information. To find out more about how we use them, read our cookie page.

Coronavirus: latest updates to services
Local information on coronavirus including service changes, business support and how to get help.
Read More

Did you know? Police Officers are called Bobbies after Sir Robert (Bobby) Peel. Sir Robert was the Prime Minister in the 18th century and started the Metropolitan Police force. 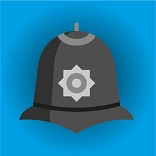 This sticker is designed for the children to meet their local Neighbourhood Policing Team and to inform them about what acceptable behaviour is and what behaviour won't be tolerated. It will also touch on the effects of anti-social behaviour in the community and the facts and consequences of knife crime.